There are few places in the world where you can truly imagine the past. Most famous old buildings are either in ruins or surrounded by everything modern that makes it contemporary. Maybe I haven’t travelled enough, but coming in as the fifth world wonder I have seen I will tell you it might just have been my favorite. Ok I also loved Machu Pichu.

It is quite ungrateful to the other wonders – and they are wonderful, – but while I found them incredibly beautiful, grand and marvelous, the status of world wonder gives them a certain expectation, and the crowd to mach. When in front of such a place the obvious question arises – Is truly one of the only Seven Wonders of the World? Is this one of the seven best monuments/ sights in the whole world?

There are many places I would arguably defend as better then some of the chosen seven wonders. But Petra for me met the criteria. It completely exceeded my expectations.

For me Petra was like entering the Silk Road golden era. I could imagine the beautiful lost city at its best. Granted the camels, (and the horses and the donkeys), helped. So did the Bedouins with their strong black eyeliner. (Even if it meant being slightly harassed by them – as in followed and repeatedly being invited for beer to see the “beautiful sky”, – hmm no thank you, I’ll pass on that)

And the best part for me was maybe how amazing the buildings were – not only the treasury, while that was definitely a highlight – but also the dimension of the city. I never thought that Petra would be an entire city, let alone that I could still imagine it completely, and not in a million year would I imagine just how beautiful it would be.

I hope that my pictures make it justice. 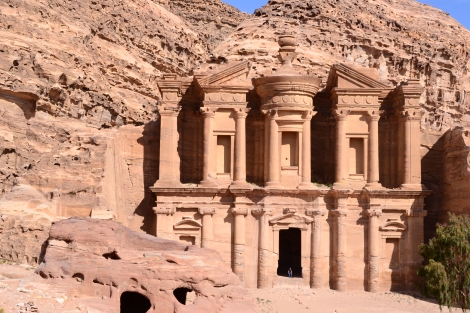 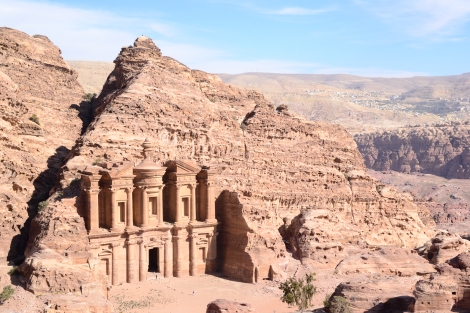 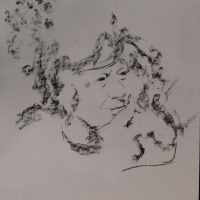 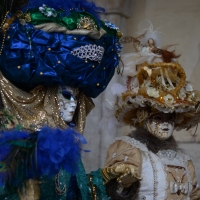